When kids drink soda at age 5, their nutrient intake later in life may be affected 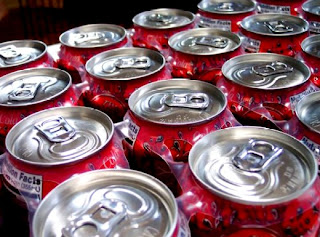 Dr. Fiorito and other researchers at the Pennsylvania State University Center for Childhood Obesity Research conducted a study examining the consumption of soft drinks in early childhood and seeing how predictive it was about later soda, milk, and overall nutrient intake in childhood and adolescence. They found that compared to girls who did not drink soda beverage at 5 years old, girls who drank soda at age 5 had “higher subsequent soda intake, lower milk intake, higher intake of added sugars, lower protein, fiber, vitamin D, calcium, magnesium, phosphorous, and potassium from the ages 5 to 15 years.”

This is concerning, because osteoporosis, the weakening of bones, results from lack of calcium being put into the bones and possibly calcium being removed from the bones. Injuries and bone deformation can occur more easily when there is insufficient calcium intake. Magnesium and phosphorous also play important roles in bone mineralization, and if intake is low to begin with, the body may have a more difficult time in building strong bones.

Although soda pop is a popular beverage choice for children and adolescence, you should limit access and consumption in order to promote drinking more beneficial beverages, like milk, water, or natural fruit juice. Note that fruit juice contains considerable amounts of sugar, so don’t switch from soda pop to fruit juice completely.

Soda intake has also been an indicator for obesity, the researchers say, and it is important to avoid getting into the habit of reaching for soda. Occasional intake of any sugary food should be monitored and can be enjoyed in moderation, but be sure that the majority of the food consumed contributes to health rather than detracts from it. Drink water and milk every day, and on weekends, have a soda.